Idiopathic Scoliosis in Children and Adolescents 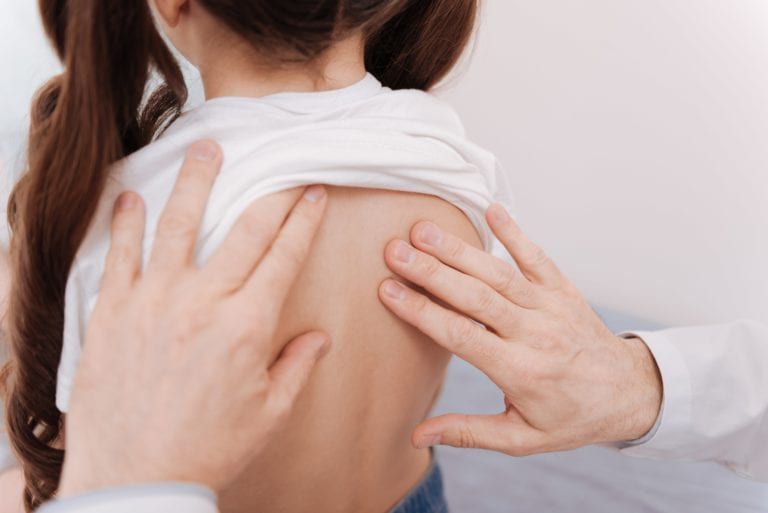 When we’re children one of the first things we get checked for during our school years is scoliosis. This word is used to describe a condition that causes a sideways curvature of the spine. In most cases this condition is idiopathic, meaning that there is no discernible cause of the condition. The period of life where scoliosis is most commonly seen is during the adolescent years between 10 and adulthood. The condition isn’t typically painful, and subtle curvature can actually remain undiagnosed in children until they are noticed during that first critical school-age screening.

Scoliosis is a condition that results in the rotating or twisting of the spinal bones that causes them to move out of their healthy alignment. Those affected by scoliosis tend to have spines that have a subtle S or C shaped curvature to their spines. In most patients, scoliosis will occur in the middle and upper back, otherwise known as the thoracic spine. These curves can vary in size, but that vast majority of occurrences only involve minor curving of the spines.

Teenagers represent the majority of those affected with scoliosis, but young children and toddlers alike can be affected. In all cases, girls tend to present with larger curvature than boys and are more likely to require medical care. Two other forms of scoliosis also appear but with lesser frequency than idiopathic scoliosis. These two conditions are:

The term “idiopathic” means that scientists don’t know what causes a condition. There was a suspicion that not having good posture or carrying a heavy backpack was related, but evidence has since ruled both of these out. What is known is that there’s a good chance the cause is genetic since 30% of those with idiopathic scoliosis have had family members who also have it in their ancestry. This isn’t conclusive, but it’s the beginning of an answer.

In patients with the smallest curves, there often won’t be symptoms until they experience a growth spurt. At this point, more obvious signs begin to make an appearance, including an uneven waistline, prominent ribs, and unbalanced hips. In some cases, the shoulders will also appear to be uneven.

If you think your children may be experiencing symptoms of scoliosis then it’s time to make a call to the specialists at Space Coast Orthopedics. Dr. Luc Teurling and their team of experts in Merritt Island, FL have been helping families address concerns like scoliosis. When addressed promptly and with thorough care, these conditions can quickly be managed before any lasting damage is done. Don’t let spinal issues interfere with your child’s ability to enjoy life, make the call today.